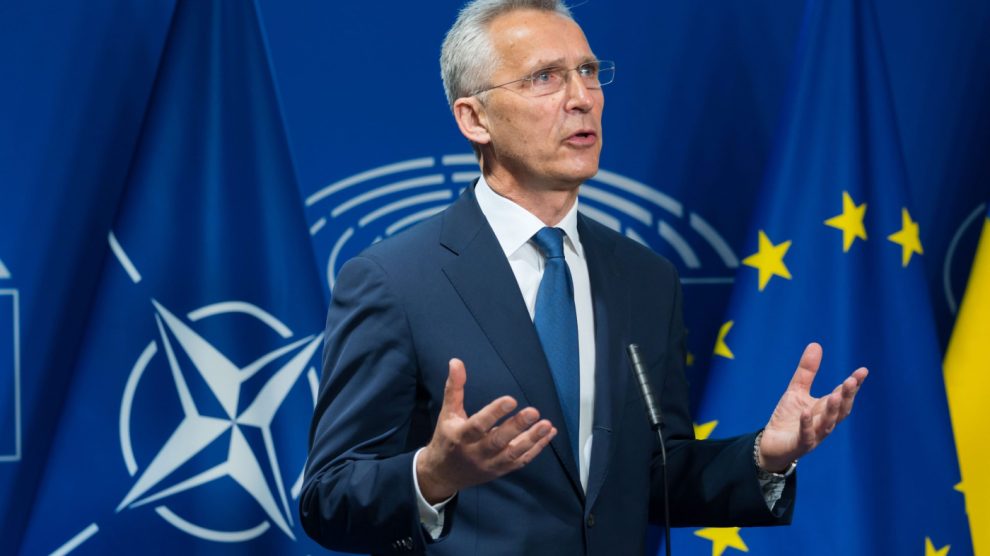 NATO’s Secretary-General will talk with the new PM, along with Defence Minister Crosetto, and touch upon the Alliance’s biggest dossiers. Meanwhile, the NATO Cyber Conference is underway at the Italian Ministry of Foreign Affairs

The Stoltenberg-Meloni meeting. On Thursday, NATO’s Secretary-General will travel to Rome. He is slated to meet with Prime Minister Giorgia Meloni and Defence Minister Guido Crosetto. As it’s the first time Mr Stoltenberg meets with the new government, the day marks an important moment to discuss the Alliance’s priorities and Italy’s positioning within it.

NATO’s open dossiers start with Ukraine, where the Alliance’s attention is currently focused. Russia is once again NATO’s main adversary, and Italy has so far participated fully in the effort to strengthen security and deterrence on its eastern flank. The government recently confirmed Rome intends to continue helping Kyiv.

Common European Defence remains one of the most critical issues to tackle; its nature and relationship with NATO are still to be clarified. The position of the last government was clear in excluding any form of ‘third party’ with the transatlantic West and understanding European defence as a continental pillar of the single security of the transatlantic space. Ms Meloni’s executive seems aligned with that position.

Mind the Med. The matter of NATO’s Southern flank remains open. Italy is concerned that the war in Ukraine, along with the accession of Sweden and Finland (which is fully supported by the government) may shift the Allies’ attention to the North and the East to the detriment of the Mediterranean area.

The Cyber Conference. Mr Stoltenberg will also deliver a keynote speech at the NATO Cyber Defence Pledge Conference, which is hosted by Italy and the United States in Rome on 9-10 November 2022 and was anticipated last week by our sister site.

At June’s NATO Summit in Madrid, the Allies reaffirmed that resilience is both a national responsibility and a collective effort. They committed to accelerating development in all areas, including increasing resilience to cyber and hybrid threats. The summit also recognised that energy security is a top priority. Finally, the 30 States agreed to build and exercise a virtual cyber rapid response capability to counter major malicious cyber activities on a voluntary basis and using national resources.