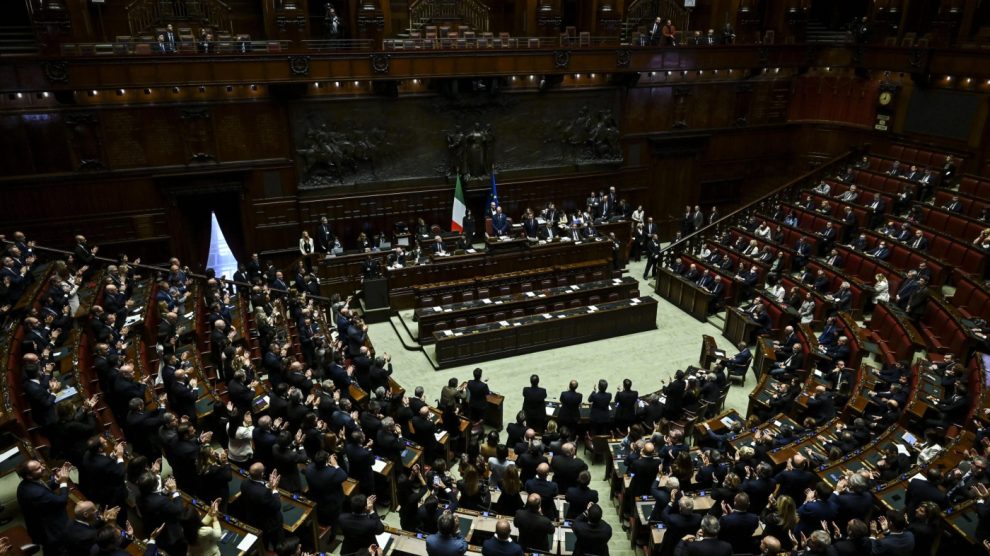 MPs are about to discuss whether Rome should keep sending weapons to Kyiv. The governing majority looks set to support additional military aid, along with the Dems and the centrists, while the Five Star Movement and leftist parties swing the other way. Still, the vote will test the government’s unity

Parliament to vote on Ukraine military aid. On Tuesday, November 28, the Lower House will debate Rome’s military support to Kyiv – which has become a contentious issue over the past months. Voting will happen on Wednesday 29. Although the government is expected to confirm its commitment to arming the Ukrainian resistance, the issue will still test the unity of the ruling coalition. Here’s what we know so far.

Voices from the government. The Draghi-era law authorising the government to send weapons and military supplies to Ukraine will expire on December 31, 2022. The right-wing coalition will present a joint motion to require the government to continue supporting Ukraine, including through military aid. That’s according to Giorgio Mulè, Forza Italia MP and Deputy President of the Lower House, who spoke to our sister site Formiche.net.

Who’s against. The motion tabling Tuesday’s discussion was filed by the Five Star Movement’s leader, Giuseppe Conte. It’s geared at binding the government to disclose in advance its strategy on the Russian war in Ukraine and the possible dispatch of military supplies. Mr Conte has become the leading voice against sending additional military supplies.

Who’s in favour. Despite having been allied with the Greens and Left at September’s elections, the Democratic Party – which leads the opposition – distanced itself from their line. Senator Enrico Borghi, a member of the Intelligence Committee, told Fanpage the party would file its own motion stressing Italy’s Atlanticist stance, which entails continued military support to Kyiv.

Watch this space. As things stand, the vote will be a major trial for the tightness of the majority coalition. While some observers think there will be no surprises, others suspect political divergences and convergences will result in a balance shift – aligning Brothers of Italy with the Democratic Party and the centrists, with government partners League and Forza Italia breaking ranks.