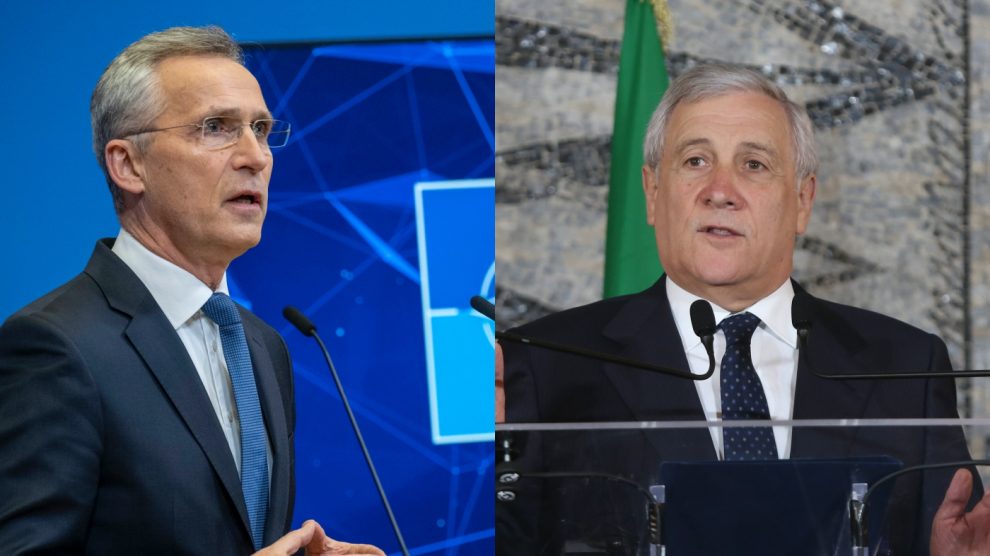 The Italian Foreign Minister remarked on Rome’s role as a founding member of both the Alliance and the European Union, stressing the need to foster cooperation. He also touched upon Italy’s contribution in the Balkans and its commitment to Ukraine’s sovereignty

The Stoltenberg-Tajani call. On Friday, Italy’s Deputy Prime Minister and Minister of Foreign Affairs had a telephone conversation today with NATO’s Secretary-General. The two touched upon some of the issues that will be addressed at the NATO Foreign Ministers’ meeting in Bucharest on 29 and 30 November.

Focus on Ukraine, Balkans. “Italy strongly supports Ukraine’s territorial integrity, sovereignty, full independence and resilience. We will maintain our political, military, financial and humanitarian support to Kyiv,” said FM Tajani, according to a readout from his Ministry.

And shoring up cooperation. Finally, Minister Tajani expressed the hope that the Strategic Partnership between NATO and the EU would be further strengthened – in the context of the Alliance’s adaptation process – in order to deal more effectively with the challenges to the security of the Euro-Atlantic area from all strategic directions, including the southern flank.