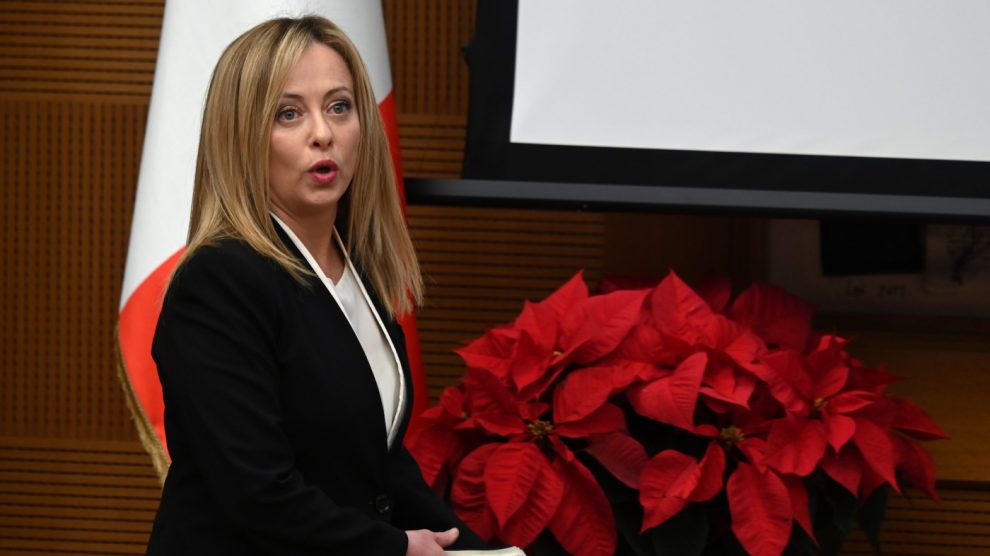 Common European defence and the Atlantic Alliance are “complementary” themes, noted the Italian PM, who noted the EU should increase and rationalise its presence within the latter

Common EU defence is “complementary” to NATO. On Thursday, during her end-of-year presser, Italian Prime Minister Giorgia Meloni stated that plans for a shared European defence and the Atlantic Alliance are far from contradictory. In fact, she noted, the two “can be easily married” – and it would be “stupid to overlap them.”

More EU in NATO. PM Meloni went on to highlight the need for “a more organised European presence” within the Atlantic Alliance, with the EU acting as one of the two key columns – the other one being the United States. That’s also because, “obviously […] interests are not always perfectly overlapping”, even from a “trivially geographic” point of view.

Upping the budget. The Italian government led by PM Meloni looks set to continue down the path set by its predecessor – which entails increasing the defence budget to the NATO-aligned target of 2% of GDP by 2028. The Ministry of Defence’s planning document project that Rome will reach the current NATO average of 1.64% by 2024.