Home » Italy at the G20: a comprehensive round-up 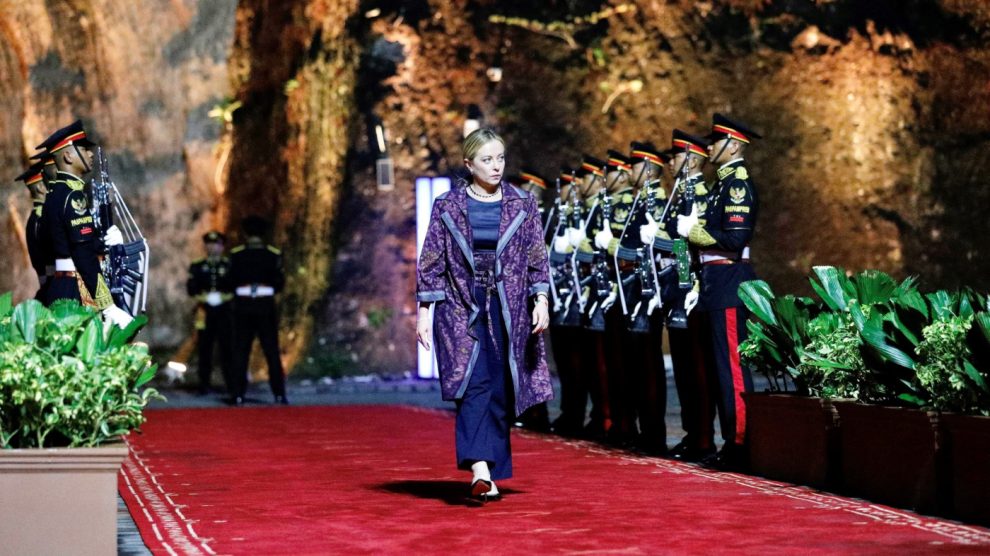 Meloni met with several world leaders at the sidelines of the Indonesian summit, her first major international event as Italian PM. She laid the groundwork for her relationship with China’s Xi, spoke of security with Turkey’s Erdoğan, and met with Canada’s Trudeau, Australia’s Albanese and India’s Modi – plus the US’ Biden. Here’s what she discussed

Meloni takes stock of the G20. The Indonesian summit “took place in a complex situation, yet it was a success, with Italy at the forefront on all tables,” said the Italian Prime Minister, who remarked on the amount of “attention and curiosity” around the Italian delegation.

The missiles mini-crisis. As two Russian-made missiles landed in Poland overnight, killing two, her team was wide awake. She later voiced “great apprehension and concern” about what happened,” expressed her solidarity to the Polish government and people (she later spoke with Polish PM Mateusz Morawiecki over the phone) and remarked that regardless of the missiles’ provenance, it was ultimately due to Russia’s war of aggression.

The meeting with Xi Jinping. The Italian leader met with the Chinese President, who recently secured his third term in office, for the first time in her official capacity. The conversation, according to an Italian note, touched on relations between the EU and China – with hopes of their revival –and “the need to work together for the effective handling of the most serious and pressing global and regional challenges” was recognised.

A revamped dialogue. The past few months saw some friction between the Chinese State-media apparatus and the new Italian PM, who looks set to maintain Mario Draghi’s line: a strategic rebalancing of relations. Notwithstanding the difficulties of making distinctions when China is involved.

More meetings on Wednesday. Other than the Chinese leader, the Italian PM also met with other leaders on the sidelines of the G20 Summit.

Backing up: on Tuesday, other than President Joe Biden (more on that here), PM Meloni met with Turkish President Recep Tayyip Erdoğan. To the latter, the Italian PM expressed sympathy to the Turkish people “for the cowardly terrorist attack in which innocent civilians died.” They agreed on the need to “continue with determination in the common fight against terrorism.”