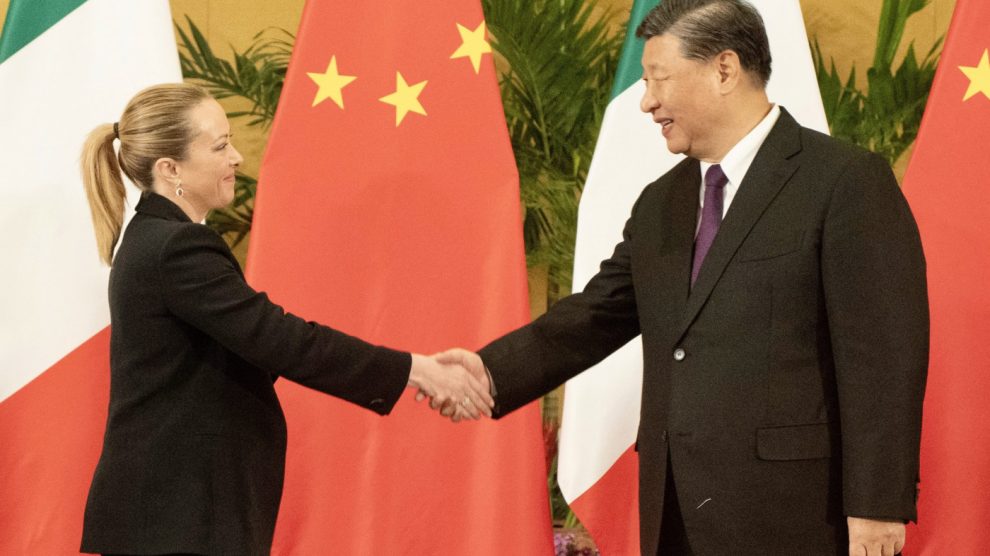 While talking with the Italian Prime Minister, the Chinese President reportedly said that China’s capacity to sway the Russian President is “much more limited than people think”

What Xi told Meloni. On Wednesday, the Chinese President met with the Italian Prime Minister – their first official meeting. And according to the latter, who later spoke to the press, he said that “our ability to influence [Russian President Vladimir Putin] is much more limited than people think.”

Very closed doors. Only two other Italians were admitted to President Xi’s meeting with PM Meloni, namely her diplomatic advisor Francesco Talò (we interviewed him some time back) and Luca Ferrari, Rome’s ambassador to Beijing, chosen by Ms Meloni as her G7/G20 Sherpa

Revamped dialogue. As we reported on Wednesday, Rome – in concert with Washington – seems to be reassessing its relationship with Beijing. The meeting was “cordial” and all-encompassing; crucially, the relationship envisioned by the two leaders centres on pragmatic trade matters rather than politics.

What Italy’s Defence Minister said on China, Russia
Italy at the G20: a comprehensive round-up